After a childhood spent ski racing and teaching skiing at Shawnee Mountain in Pennsylvania, Joel attended Penn State to study meteorology and to continue ski racing.

After graduating at the top of his meteorology class in 2003, Joel moved to Boulder, Colorado to enjoy the good life in Colorado and to attend graduate school. While earning a Masters in Environmental Studies and an MBA, Joel realized that forecasting snow in the big mountains of Colorado was very difficult and missed a few incredible powder days due to inaccurate forecasts made by himself and others.

Vowing to not miss another powder day, Joel studied the mountain weather patterns of Colorado and started sharing forecasts in 2007 via an email list called Colorado Powder Forecast.

In 2009, Joel moved his forecasts online to ColoradoPowderForecast.com, and this site became known as the go-to source for snow forecasts in Colorado. In 2010, Joel left his full-time employer to start a business around forecasting weather and skiing powder. And during 2011, a fortuitous thing happened and Joel met another meteorologist and programmer named Andrew Murray. The two teamed up to create OpenSnow.com and the rest is (snowy) history.

Joel still lives in beautiful Boulder, Colorado, home to an incredible number of supportive entrepreneurs. You can find Joel skiing deep powder both in bounds and in the backcountry, as well as hiking, biking, and chasing thunderstorms in the summer months.

Sam grew up in the small Front Range town of Windsor, Colorado and on most weekends during the winter, he was lucky enough to be able to fine tune his ski and snowboard skills at Vail Mountain.

Sam attended the University of Colorado at Boulder where he received his BA in Environmental Studies with a concentration in Atmospheric Science. While attending CU, he was a Weather Intern at Channel 7 News in Denver, a Learning Assistant to undergraduate level Atmospheric Science courses, and a Meteorologist Intern for Joel Gratz here at OpenSnow.com. In the summer following graduation, Sam interned at the National Weather Service in Boulder until joining OpenSnow full time in September of 2013.

When skiing or snowboarding isn't possible, you will most likely find Sam mountain biking, trail running, or climbing one of Colorado's 14ers.

Growing up in New York City did not offer many chances to get out skiing, but when it did those opportunities were typically on the hallowed ice sheets of Hunter Mountain. As the venerable Johnny Drama once said, "If you can ski Hunter Mountain, you can ski anywhere".

The call of bigger mountains, softer snow, and fatter skis lured Ben to the University of Colorado (Go Buffs!). Boulder offered a stellar education, a burgeonging (now blossomed) tech community, and close proximity to many a powder day.

After enjoying a four-year stint in Sydney, Australia (where his daughters acquired perfect Australian accents), Ben and his family relocated back to the US. Ben currently lives in Snowmass, CO with his wife, two daughters, and dog - Milo the Powder Hound. On most days you'll find him hanging with the family, staring at a computer screen, or changing elevation in the local mountains on two feet, two skis, or two wheels. 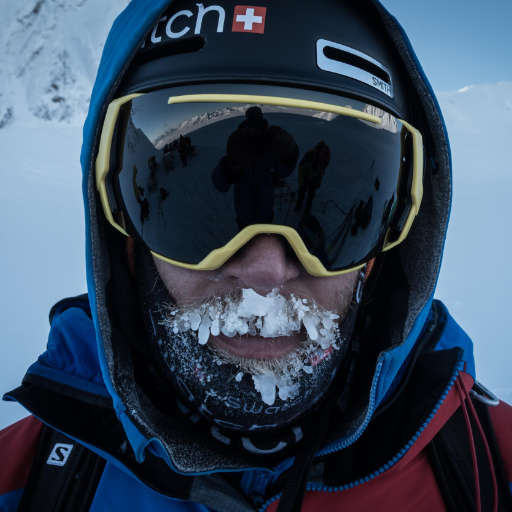 One of the most awarded skiers in freeskiing history, Cody Townsend has evolved from a California beach kid obsessed with the mountains to standing atop the pinnacle of the sport. From a successful alpine ski racing career to stunt doubling for Hollywood films, or skiing the "Most Insane Line Ever" to ski mountaineering North America’s "Fifty Classic Ski Descents", Townsend skis some of the most challenging and dangerous lines all with an affable nature and a smile on his face. 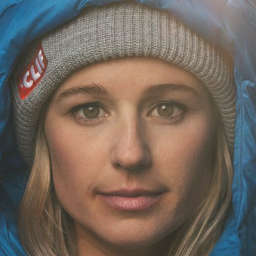 Caroline Gleich is a professional ski mountaineer, endurance athlete, and activist for the environment and equality. She’s been on the cover of every major ski magazine, in award-winning films, and has summitted some of the highest peaks in the world including Everest/Chomolungma and Cho Oyu, the sixth-highest peak in the world. In her home mountain range, she is the first woman to have skied all the lines in "The Chuting Gallery," a steep skiing guidebook to the Wasatch. Caroline is a committed activist for social and environmental justice. She’s testified to the House and the Senate about how climate change is affecting snowsports. Caroline is based in Park City, UT. Her goal is to inspire people to get outside, live a healthy active lifestyle, and protect the places we love to play. 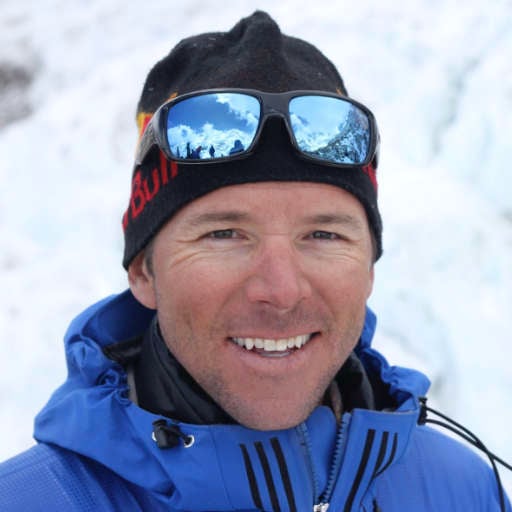 Two-time World Champion Skier Chris Davenport is widely regarded as one of the premier big mountain skiers in the world today. Among his many ski mountaineering achievements, in 2007 Chris became the first person to ski all 54 of Colorado's 14,000-foot peaks in less than one year. He has numerous first descents of peaks around the globe and has guided and skied on Mt. Everest. Chris has been featured in more than 30 ski films by Warren Miller and Matchstick Productions, was recently named one of ESPN's "10 Greatest American Freeskiers of All Time", and is an honored member of the USA Ski and Snowboard Hall of Fame and Colorado Snowsports Hall of Fame. 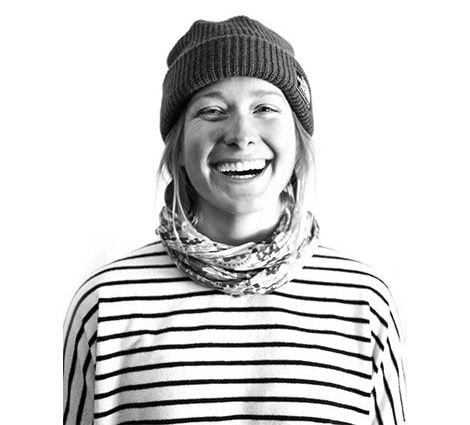 Caite was born and raised in the White Mountains of New Hampshire where she fell in love with the sport of skiing. At age 12, Caite started a ski racing career that brought her all over the world taking part in the FIS and NorAm Circuits. After retiring from racing Division 1 at the University of New Hampshire, Caite headed to Jackson, Wyoming to chase a dream of skiing big mountain lines and deep snow. She fell in love with the creativity of free skiing and has since taken part in events like The Rhalves Banzai Tour, Freeride World Qualifying events, King & Queens of Corbet's, and any form of free skiing she can get her hands on. She is looking forward to entering the world of mountaineering. 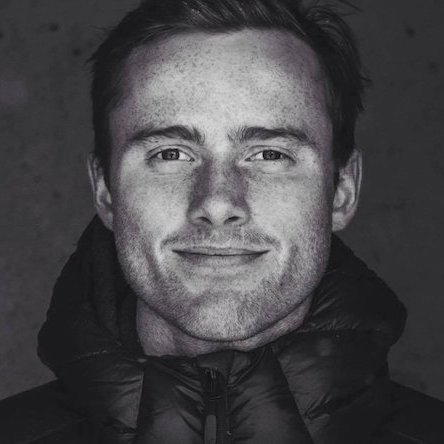 Hailing from Tromsø, in the Arctic Circle of Norway, Nikolai grew up in a cold, dark, and snowy region, with the Lyngen Alps as his backyard. Despite good results in local competitions, he never settled. He furthered his studies with seasonal migrations to Chamonix, France to discover higher mountains, while training in video direction and editing. Nikolai has since become a highly talented skier, filmmaker (check out his YouTube channel), and advocate for consuming less and having more fun.